Why does my shower drain smell bad?

Are you one of the many that counts on super long, hot showers as one of the only times you can get time alone with your thoughts? If so, you want the experience to be a pleasant one. When you get into your shower, all you expect to smell is soap. But bad shower drain smells like mildew or sewer odors can invade, making you cut your shower short.

Shower drain smells can often be remedied with some good drain and trap cleaning, but sometimes they are a sign of a deeper issue that requires the dreaded expense of a professional plumber. We are more trustworthy than most, and would rather help you avoid the cost of an expensive plumbing inspection, drain cleaning, or repair, if possible.

To that end, we have provided the below information to guide you through eliminating bad shower odors. Some issues can be resolved on your own, and don’t require the added expense. Of course, we’re always here to handle even the smallest of plumbing issues to free up your day for more lofty pursuits. 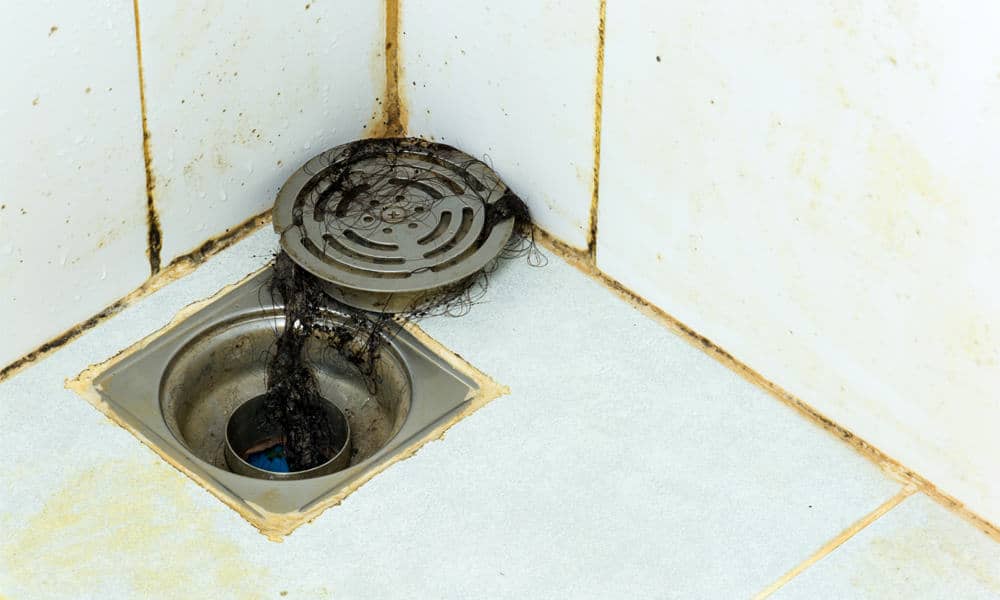 The first thing you have to do to address bad shower odors is to determine where the smell is coming from, or what might be causing it. Once you have determined the cause of the smell, eliminating it might be a very simple matter. Of course, it is hard to define a smell. Most often, bad shower smells are related to sewers, mildew, or ammonia. But not everyone really knows what those smells are. Since everyone has different experiences growing up and in daily life, different people might describe these smells in different ways.

Some common smells referred to when talking about shower odors include:

Here are some of the possible reasons for different shower drain odors.

The first step in isolating the smell is figuring out exactly where it is coming from. You might think that the smell is coming from your drain, when actually it is from a much easier to remedy source. Improper or ineffective cleaning combined with soap and/or hard water buildup can create a musty or mildew-type smell, and can occur on the floor of the tub or shower, the shower walls, and the shower door or curtain.

If you have a shower door, you may also have some mildew buildup on its track. In addition, as gross as it might sound, surveys have shown that around 70% of all people pee in the shower. That urine can become trapped if not cleaned away properly, causing an ammonia smell to build. As a general rule, your first step in isolating and eliminating your embarrassing shower smells is to give the shower, tub, curtain/door, and fixtures a good cleaning. Don’t leave out the shower head, which can be another source of mildew smells.

If you have cleaned your shower from top to bottom, replaced your shower curtain, or scrubbed your shower door and track, and you still have a mildew smell, it is likely caused by a dirty or clogged drain. Shower drains often become dirty and clogged because, even though they take a lot of abuse, they aren’t often thought about. 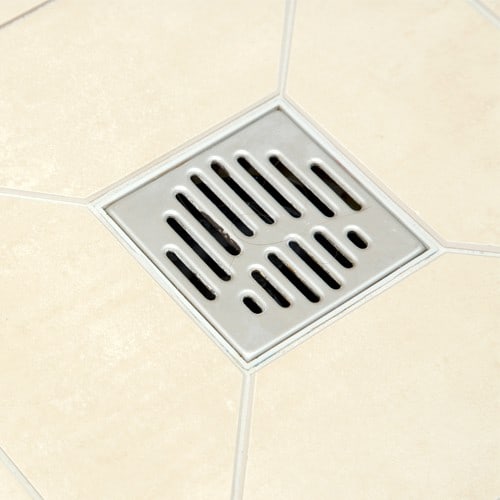 Hidden biofilm in drains and pipes

Biofilm is made up of organic matter (like shed skin cells), bacteria, and other microorganisms. It is often slimy to the touch (like algae) and shows up in showers as “pink mold,” although it isn’t mold at all. A good shower and tub cleaning can get rid of biofilm, but sometimes it collects unseen in the p-trap, the drain itself, or into the pipes if there is a leak.

Biofilm can be very dangerous to your health. It is important that you clean your bathtub drain when you clean the rest of your shower to prevent these hazards and smells. If your drain still smells like mildew in spite of your best efforts, you might need to have the drain professionally cleaned or jetted.

But it makes sense that your shower drain would need to be cleaned every now and then. Everyone sheds hair all day every day, even though most of the time you don’t notice it. Many people who are experiencing thinning hair also lose the most hair during their shower routine. That hair is going down the drain, and if it gets caught in soap scum, bacteria, debris, and/or the p-trap, it can cause a pretty solid clog.

Cleaning a bathtub drain isn’t that difficult, and most people can manage it on their own with the right tools or chemical solutions. But, when you don’t have time to deal with minor plumbing problems, we are here to get the job done quickly and done right so you can go about your day unhindered. 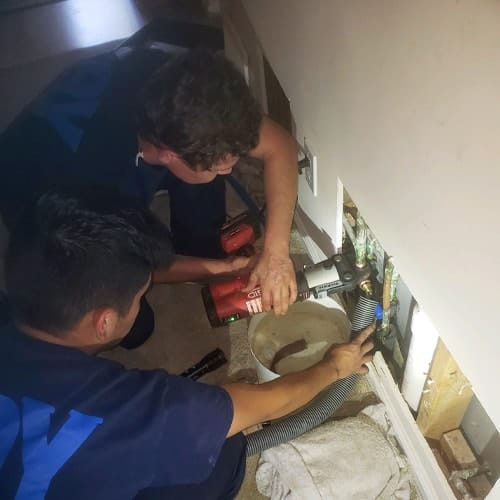 A sewer smell is never pleasant, but it can also be an indicator of a very expensive plumbing problem. Not only that, but in concentrated or prolonged exposure sewer gases can be very hazardous to your household’s health. These sewer smells should be addressed immediately, especially if it is very potent.

Leaky pipes in walls or under shower

If you have some leaky pipes, they might be allowing sewer gas to escape into your home. Pipes are designed to trap sewer gases and prevent them from entering the building. But, if there is a leak in the pipes, it can cause the pressure to release and the gases to escape. It can be difficult to diagnose leaky pipes without inspecting the plumbing system, and if you’re not an experienced DIYer you should leave the plumbing repair to the professionals.

Have you heard of a p-trap or drain trap when talking about plumbing? Every drain in your home has a trap that keeps some small amount of water from draining completely. This water acts as a barrier to keep sewer gases from coming up through the drain.

The most common issues with a p-trap can be handled on your own.

If you have a sewer line clog or break near the plumbing for the bathroom, you could get a sewer smell through your shower. However, in the case of a sewer problem it is likely that all of your bathroom drains, including your shower, tub, sink, and toilet, are putting out sewer gases at the same time, causing a horrible stench in your home.

Sewer problems should never be addressed on your own. Sewer inspection and repair is difficult and should only be done by a trained professional. In addition, it is important to choose the right plumber who will get the job done quickly and at a reasonable price. If you want a neighborhood plumber you can trust, contact us today to schedule an immediate appointment.

Don’t put up with a smelly shower drain

The turn of the year is always a busy time, whether you’re swamped at work or behind on your holiday shopping. Even if your shower drain smells can be resolved with a simple drain cleaning, you probably don’t want to deal with the hassle. We offer fast and friendly service, so that the job is done right the first time without headaches and you can get back to your daily routine. Schedule your plumbing maintenance today.

Schedule Appointment
Call Us: 803-445-3707
← Dealing With Low Water Pressure Why Does My Hot Water Keep Running Out? Here’s the Answer. →