Why Does My Hot Water Keep Running Out? Here’s the Answer.

Have you ever been in the middle of a nice hot shower, and suddenly the hot water completely went out? That’s probably happened to just about everybody at some point. As we all know, it’s not a very fun experience.

In fact, somewhere along the way, you might have wondered, “Why does my hot water run out?” There are actually a couple of reasons for this, from a faulty hot water heater to simply not enough supply.

Take a look below to find out how hot water tanks work, all the common reasons that hot water goes out in homes and apartments, and even some ways to fix the problem. If you happen to need a little help or a new installation, we’d love to help you with that, too!

How Do Hot Water Tanks Work

There are pros and cons to both, so we’ll break down each one to give a full picture of how they might fit in your situation at home.

There is one primary difference between these two types of water heater: one has a tank, and the other doesn’t. Other than that, there are some specifics to consider.

For conventional storage tank water heaters, you basically just have a tank that holds water for your system to heat. In other words, the total capacity of the tank itself is the amount of hot water that you have access to any one time. To keep the water hot once it’s heated up, these types of tanks are also insulated. On average, these last about twelve years or so.

As for tankless water heaters (also called on-demand water heaters), the biggest difference is the lack of a tank. Instead, they have coils that heat up very quickly to warm the water on an as-needed basis. As long as you keep running the hot water, it just keeps on heating it for you. The average lifespan of these is roughly a decade.

There are a number of benefits, as well as disadvantages, to both options.

On the one hand, while hot water tanks are limited in their overall capacity, they tend to last a bit longer on average than tankless, and they are typically less expensive. In other words: less hot water, longer life, lower cost. 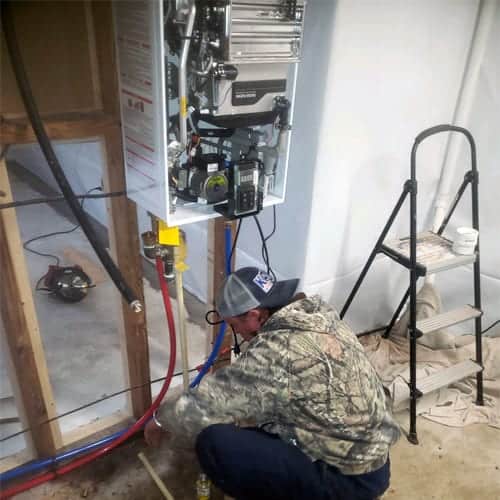 On the other side, you’ve got tankless on-demand water heaters, which have a more or less infinite supply of hot water, but they also tend to be the more expensive option. In other words: more hot water, shorter overall life, higher cost.

Both types of hot water heaters will require maintenance over time. In fact, all plumbing devices and equipment need regular check-ins to be sure they’re operating at peak levels, so there’s not much of a difference there.

Why Does My Hot Water Run Out So Fast?

Now that you know how hot water heaters work, we can look at the possible reasons why your hot water goes out sometimes. Here are the likely culprits:

Any one of these may be the reason that your hot water is running out so quickly. In order to determine the cause, you may be able to do a little digging yourself. 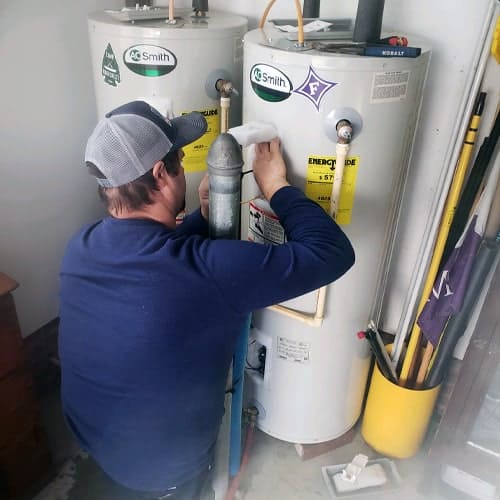 However, a few of these do require some technical plumbing skills, knowledge, and tools. With that in mind, you may be better off calling a plumber than resorting to a DIY attempt yourself.

Let’s assume that you’ve figured out the problem, and it’s an easy one: You have a conventional hot water tank, but it simply doesn’t hold enough water. There are really only two options here.

The first option is to buy a new, larger hot water tank. That would give you more hot water, but you will still be limited by the amount that you can use at any one time. If you have a larger family, then it still might not be enough. Unfortunately, one of the only ways to know for sure is to bring it home, have it installed, and see how it goes.

Hot Water Doesn’t Have to Run Out

Stop worrying about hot water. Make the change that will continue to provide for you year-round. For anyone that’s ever had to time their showers to keep enough hot water in the tank for the rest of the family, you know the deal.